I just want to thank you all so much for your support! I honestly cannot thank you enough! Thanks for visiting us in the hospital, for bringing us meals, for sending presents to Asher, and for the countless emails and Facebook messages. If I ever wondered how much we were loved – you have erased any doubt.

Asher was discharged today from the hospital. It has been a long 6 days to say the least. I’m happy to report though that he’s getting stronger and stronger every day. When he first started having his seizures on June 21st – he quit running around the house. He had lost his balance and wouldn’t walk unless he held on to something. Today he actually took some steps on his own. He’s not quite as steady as he was before but he’s trying.

His official diagnosis is: Viral Encephalitis with onset of Epilelpsy.We plan on taking Asher to Cincinnati Children’s Hospital within the next week or so. We are hoping this visit will  better equip us on taking care of him in Haiti. For now – Asher is on seizure precaution and we have medication to treat him when he does experience them.

He will have follow-up appointments over the next 6 WEEKS. We have been “warned” that social services will be involved if we take him back to Haiti against medical advice for endangering his health. Yeah – you heard me right. Seems like social services could use their time a little more wisely instead of worrying about a missionary family who’s simply following His call.

The rest of the family is heading to the states on July 11th. At least we can be together during this time. We will head back to Haiti in late August  – as we don’t really have a choice.

There are two things that God has really taught me since coming out:

1) The helplessness of a mother – I was so frustrated the day that Asher was NPO and not allowed to eat until his MRI. He was so fussy and so frustrated that he couldn’t have his bottle. I knew what he wanted – I knew his belly was empty – but I could do nothing to make it better. How many other mothers in Haiti – know their babies are hungry – but have nothing to put in their little stomachs? So they listen to their precious tiny ones cry all morning – without the hope of giving them a bottle in the afternoon. I knew that Asher would eventually eat that day – – but so many of the Haitian mothers do not know.

2) We have choices. If I were Haitian – my options would be so limited. While I didn’t enjoy our visit in the hospital – how blessed were we that we could fly to the states and seek treatment? We tested him for everything imaginable. Parents in Haiti would have to guess at a possible diagnosis  and watch their children suffer in front of them. There is no doubt that many of them die without proper diagnosis. I had a dedicated team to Asher with diagnostic equipment that Haiti would dream of.

Even in my frustrations – God’s blessings are so abundant and so evident  – and I thank Him for reminding me of that this past week. 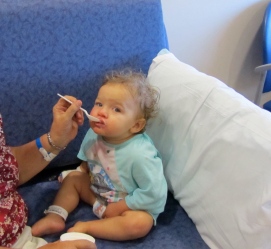 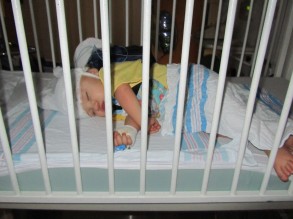 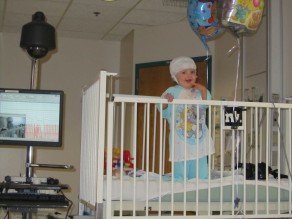