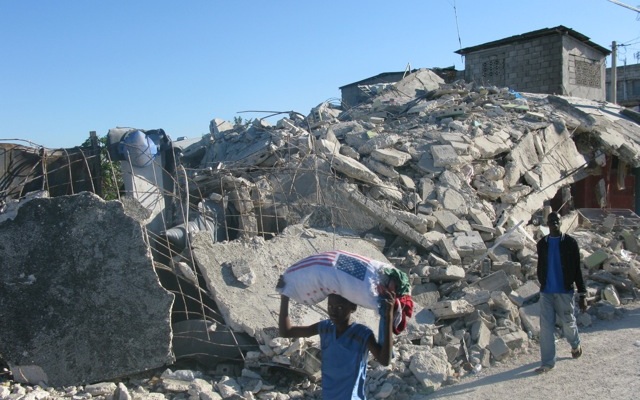 Some Pictures From Jose….

Today Jose and Andy made their final rounds in PAP and are headed to the Mission of Hope to take pictures of our medical team that we have stationed there. I asked him to send me some pics now that they have internet at the Visa Lodge. I obviously didn’t want to post any that would be inappropriate or disgraceful showing bodies and such. So that made picking photos to post rather difficult. The first picture was from the rescue last night at Caribbean Market. They were there when she was pulled out.

Oddly enough the duo was able  to sneak their way into the airport today and watch all the staging of the relief efforts. There were really only UN and officials there ….and then Andy and Jose. Somehow they blended well. They also went by one of the largest burial sites  – one I’m sure you saw on TV where 1000’s of bodies are just stacked together. I can’t even imagine. I saw that on TV and it was all I could stand…..and to think Jose was there. He said the smell almost took him out blocks before he even got there. These poor people of Haiti – the things their eyes have seen.